Home › Forums › Your Fishing Tips and Ideas › Sounder Use › Reply To: Sounder Use

Hey Zane, I have had swordfish chase a line of blue
eye to the boat late in the afternoon, all lit up
and aggressive, but i have never caught one bottom
fishing. I use 38 KHz as the sound footprint is
tighter than 28 Hz and you don’t get as much side
load scatter and interference on near vertical
bottom. When I was long lining for swords in the
same area we used to catch plenty of them with the
remains of reef fish and dogsharks in their guts, indicating that they were feeding close to the
bottom during the day. Also, an autoliner that
worked the same area used to catch the occasional
swordfish on his bottom set gear so we know they
are in the area. It’s just that in the time it
takes to fish and catch a swordfish, I can catch
more blue eye worth a lot more .I have never marked
one on the sounder as I have my sounder set on
40/80 fathom range and Shift. Bottom lock is set
so I’m just scanning the bottom 15 fathoms.If you
catch a good sword, email me a photo. Good luck.
Cheers,Jo Rowley 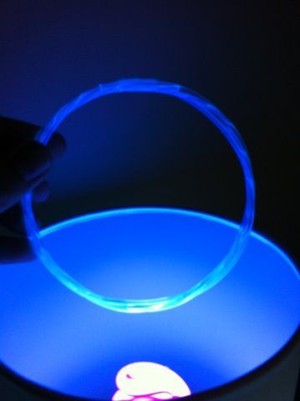 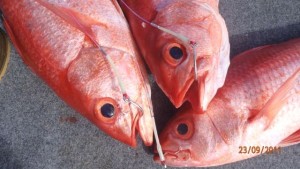 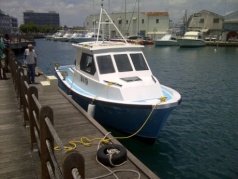 These machines can help you to increase your catch, contact Jo! 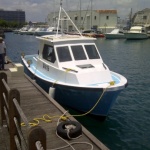 Congratulations to Seth St John on the launch of his new boat ” Extra Mile” in Barbados, West Indies.
The boat was built by local builder Frank Armstrong and is powered by a 225 HP John Deere More...

The Deep Drop Commercial public forums are open! Set up your own account and come spina few yarns on the best gear to use, the best spots to fish, and the one that got away.